Welcome to the 2012 NSSA Executive Committee Elections. This page lists some information on all the candidates running for office. The voting is done online and each current NSSA member will receive an email with a unique link to the voting site by December 14, 2012. 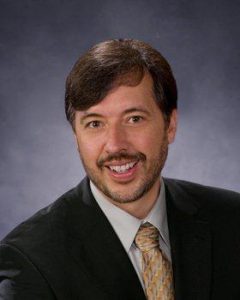 Statement: I am pleased to stand for election to serve the broader neutron community as president of the NSSA. The mission of the NSSA is to advance neutron scattering research. As your president, I will be a strong and, hopefully, effective advocate for the research user community and equally important, for the creators and stewards of neutron scattering facilities. As a former academic administrator and by virtue of being located nearby to Washington, D.C., I know how important proactive advocacy is in shaping long-term government policy. The NSSA has to be a strong voice at the table when budget priorities are being set. As an educator, I am passionate about engaging young scientists in neutron scattering research and in our society. We can accomplish this together by organizing the highest caliber scientific meetings that attract worldwide talent to our community, as well as tutorial and educational materials. Further, a small but growing industrial user group can both enrich our community and become strong allies in our efforts to improve and expand neutron scattering facilities. The research enabled by neutron scattering methods is proving critical in addressing the critical challenges facing our society in areas such as sustainable energy, nanotechnology and advanced materials, human health and biotechnology and the NSSA can help grow this important industrial constituency. As qualifications I offer my experience as the Chair of a prominent academic program, director of the Delaware Center for Neutron Science and service on the executive committee of the NSSA as well other national scientific communities and journal editorial boards. I teach graduate classes in neutron scattering methods and am a regular user of small angle and spin echo scattering methods in the U.S. and Europe, where I also develop special sample environments (i.e., Rheo-SANS and electric-field-SANS) and data analysis tools. I am active in the AAAS, ACS, AIChE, APS, MRS, NSSA and SOR scientific societies and am a research consultant to various industrial concerns, often involving neutron scattering methods. Thank you for your time and I hope for your support in my effort to further serve the neutron scattering community.

Statement: NSSA plays an important role in bringing together researchers utilizing neutron scattering across all fields of science and engineering to identify the needs of the user community and in promoting the unique capabilities of neutron scattering to attract and educate new users and in helping train the next generation of users. The activities of the NSSA are most visible in the highly successful biannual ACNS meeting, which provides a forum to highlight current research and to identify future directions for neutron scattering based research and new or improved instrumentation, sources, sample environment, and data analysis tools. These activities showcase the diverse, growing neutron user community and are crucial to help justify continuing funding in facilities and instrumentation. To meet the growing needs of the community, I believe that ensuring continued improvement of existing instrumentation and facilities is as important as building new beamlines, in order to increase the total number of operating instruments in North America. Continued investments in auxiliary facilities for sample preparation and characterization and sample environments further enhance the breadth and enable new areas of research and developments of advanced tools for experiment planning and data analysis help make optimal use of existing resources.
In my own research, I have utilized neutron scattering as a main tool since my undergraduate studies and over the last two decades, I have gained experience both as user of various neutron and synchrotron facilities as well as in supporting users as local contact. I have designed and tested a novel concept for diffuse scattering, which is now being implemented in the Corelli instrument at SNS. I have served as member of several proposal review panels, as program Co-chair of the ACNS meeting, and as member and chair of the executive committee of the NCNR User Group. With these experiences and views from different angles, I believe to be well positioned to represent the wide interests of neutron research and serve in a leadership role as president of the executive committee of the NSSA and I am enthusiastic about the prospect of serving, if elected, this uniquely broad research community. 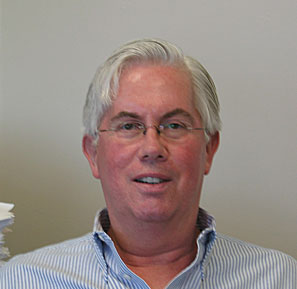 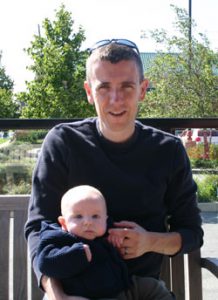 Statement: Communications secretary is a unique position in a scientific society. The NSSA has many audiences for its news and opinions; its members (for NSSA activities), our colleagues and other researchers (who are potential neutron beam users), the government (for its continued support), and the public (to explain the benefits of neutron beams). As a longtime member of the Canadian Institute for Neutron Scattering (CINS), I have most enjoyed contributing to our public advocacy for the Canadian Neutron Beam Centre and the continued future of Chalk River Labs. It is this experience which leads me to seek this position. For the past several years I have served CINS in the positions of Treasurer and Secretary. In 2008, I was a co-author of the CINS long-range planning report, intended to introduce the idea of a replacement for the NRU reactor. Following the prolonged shutdown of NRU of 2007, Dominic Ryan (President of CINS) and I co-authored the CINS submission to the Parliamentary Expert Review Panel on Medical Isotope Production. We were pleased to see that much of the language of our submission made its way into the final committee report to Parliament, although this advice has seems to have fallen on deaf ears in the current government. The following year, I wrote a couple of opinion columns appearing in the Globe and Mail, Montreal Gazette, and Winnipeg Free Press, impressing for the need for replacing the NRU reactor for neutron beam research.

This past year, I helped co-write CINS’ submission to the Ministry of Natural Resources Committee on Restructuring of AECL Nuclear Laboratories. We later met in person with the committee in the spring of 2012, and I wish I could report on a positive outcome of this meeting, but it was very instructive lesson in the “framing of science”. Neutron scattering has wide-ranging application in making existing materials better, but also contributes to our basic understanding of materials. Innovation and discovery are both found in the research of CINS and NSSA members, and it is important to communicate this fact to policy-makers and the public.

Communication of CINS and NSSA activities goes beyond their members and lab users, to other professional and scientific societies with shared interests. It is important for the NSSA to continue with its close ties to the MRS, and forge new ties with other materials researchers. Recently, I have made presentations and received endorsements regarding CINS activities from the Metallurgy and Materials Society, the Canadian Nuclear Association, and the Canadian Nuclear Society.

What may still need to be determined is how, and at what level, NSSA will communicate with its members. Social media presence like the NSSA Facebook page may seem to have limited usefulness, but CINS experience shows that a community of interested people can be built around it. The successful NSSA website can be further utilized as a communication channel; I envision highlighting members’ research, conferences and summer schools, and assistance for potential users to connect with experienced neutron users. There are already good media relations at many of the national labs; discoveries with neutrons frequently make it into the science-blogs and media, and we all learn and benefit from this publicity. But what is there for the community itself? Would NSSA members prefer their updates on events in the community outside the traditional sources, such as Neutron News? To this end, I would like to assist the NSSA executive develop an effective communications strategy. 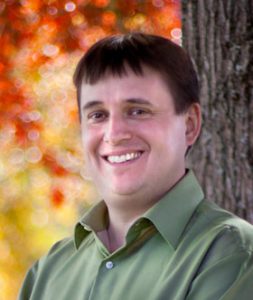 Statement: NSSA plays an important role in promoting neutron scattering techniques and supporting users of neutron facilities across North America. This is partially accomplished through organization of the American Conference on Neutron Scattering and through sponsorship of prizes recognizing successful scientists who use neutron scattering as an integral part of their research. I am excited by the potential opportunity to support this organization as the Communications Secretary. My research is in the field of condensed matter physics with the main focus being the use of both elastic and inelastic neutron scattering techniques in the study of magnetism and superconductivity. Since joining ORNL in 1999, I have extensive experience supporting users and have also performed experiments as a user at multiple neutron facilities both in North America and throughout Europe. This experience gives me an understanding of the needs of the community from a user perspective and also the operational challenges from the facility perspective. A unified voice supporting the continued operation and growth of neutron scattering facilities is more important now than ever. All activities supporting the mission of NSSA rely heavily on the dissemination of information to NSSA members which I view as the principle role of the Communication Secretary. I have experience as the former secretary for the SNS – HFIR User Group (SHUG) where I maintained and reorganized the SHUG web site which is directly applicable to this position. I would be honored to serve on the NSSA executive committee to help support the North American neutron scattering community. 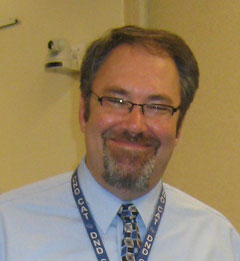 Statement: I am excited by the opportunity to serve as Membership Secretary in the NSSA. I have been a member of NSSA for many years, and have been an active user of neutrons since the late-90’s when the NCNR guide hall was in its infancy. As the only organization that bridges the users of neutron sources across North America, the importance of the NSSA and its members cannot be clearer. If elected, I will strive to increase both the membership and the importance of that membership to existing members. As Director of the nSoft consortium at NIST, a consortium that partners academic, government, and industrial researchers with neutron based research, I am particularly suited to make tangible connections between NSSA and a broader range of membership, including important sources of funding for NSSA related activities. As the expansion of the NCNR and the continued development of capabilities at the SNS proceeds, I look forward to the chance to work with you and serve as your representative in this critical time of development in neutron facilities in North America.

My research has focused on advancing technologies for manufacturing of nanoscale and nanostructured materials, including more than 75 publications in photolithography, nanoimprint, nanoporous low-k dielectrics, and directed self-assembly. As a staff member in the NIST Polymers Division, I have served as a leader of a project tasked to develop scattering solutions for microelectronics fabrication. This work has led to the inclusion of our techniques on the International Technology Roadmap for Semiconductors Roadmap, and development of scattering instrumentation by a wide range of vendors. My experience as a user of national user facilities, and especially neutron sources, includes extensive use of x-ray facilities at Argonne and Brookhaven National Laboratories, as well as neutron experiments at IPNS, LANSCE, and the NCNR. In addition, I continue to serve on a Proposal Review Panel at the Advanced Photon Source as well as the User Executive Committee of the Center for Nanoscale Materials Science (CNMS). The CNMS is a DOE sponsored center at Oak Ridge National Laboratory with a focus on facilitating neutron-based experiments through precise synthesis and characterization of materials. As a NIST staff member in the Polymers Division, I have collaborated heavily with NCNR staff as both a principal investigator as well as serving on review committees and providing lectures for the NCNR summer school.