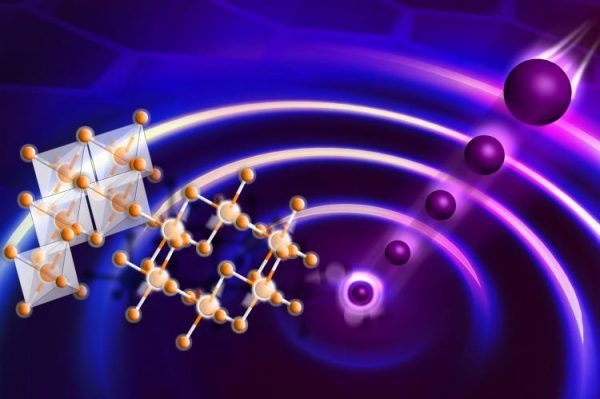 Researchers at the Department of Energy’s Oak Ridge National Laboratory used neutrons to uncover novel behavior in materials that holds promise for quantum computing. The findings, published in Nature Materials, provide evidence for long-sought phenomena in a two-dimensional magnet.

In 2006, the physicist Alexei Kitaev developed a theoretical model of microscopic magnets (“spins”) that interact in a fashion that leads to a disordered state called a quantum spin liquid. This “Kitaev quantum spin liquid” supports magnetic excitations equivalent to Majorana fermions—particles that are unusual in that they are their own antiparticles. The presence of Majorana fermions is of great interest because of their potential use as the basis for a qubit, the essential building block of quantum computers. Familiar magnetic materials exhibit magnetic excitations called “spin-waves” that occur in quantized lumps, but in the Kitaev quantum spin liquid, the lumps are split and the Majorana excitations are therefore termed “fractionalized.”

The form of magnetic excitations created in alpha-ruthenium trichloridewas found to be different from spin waves seen in ordinary magnets, but was very well-matched to the spectrum predicted for the Majorana fermions expected in the Kitaev quantum spin liquid.